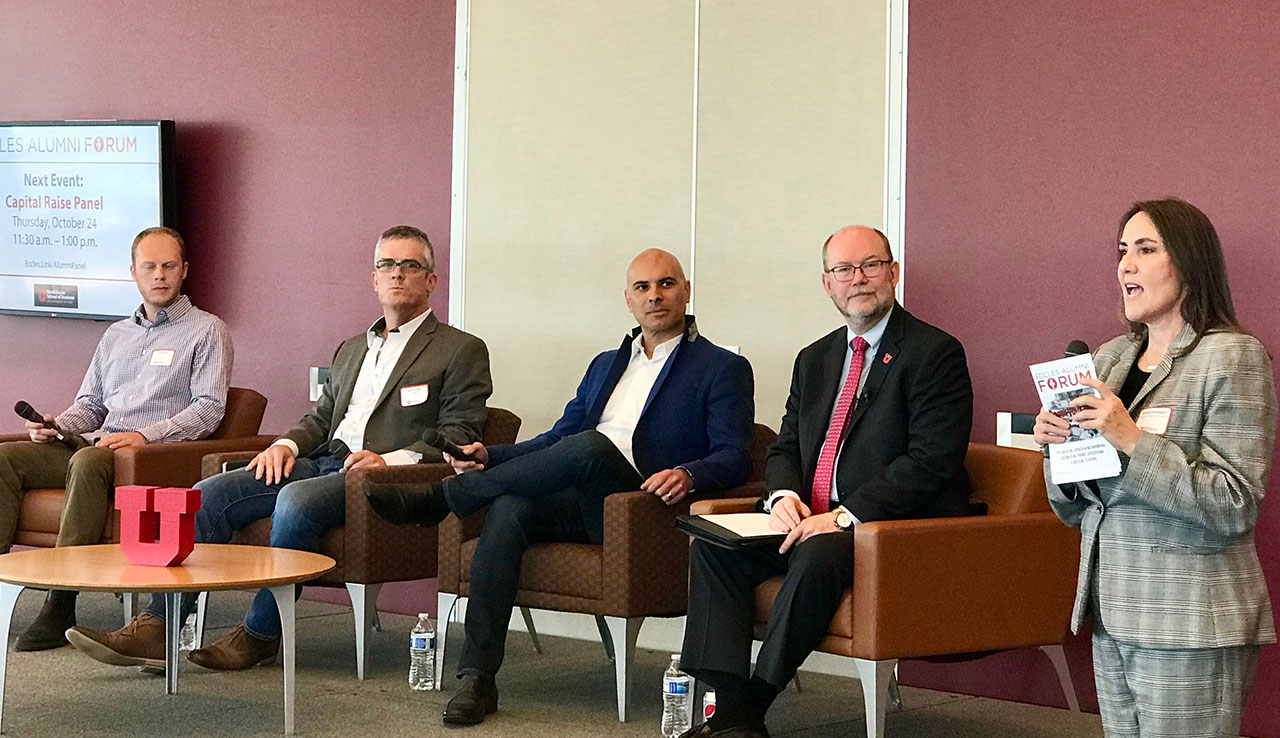 A few days ago, I had the opportunity and pleasure to chair a panel on artificial intelligence as part of the David Eccles School of Business Alumni forum at the University of Utah. The panel members were local innovators and entrepreneurs Bassam Salem (CEO, AtlasRTX), Glenn Colby (founder, Invarius) and Keelan Johns (senior director of engineering, Clearlink).

I began the panel by observing that computer science researchers have long bemoaned that AI is often defined as what they do not know how to do, rather than what they have accomplished. By that definition, AI has always been an unsolved problem.

I also noted that despite the prominence of AI in the popular consciousness, whether because of its much discussed influence on social networks or its renderings in movies, we are very far from creating a general-purpose AI, a goal-directed entity capable of independent activity and reasoning. Put another way, HAL in 2001: A Space Odyssey, Skynet in the Terminator movies, or, more recently, the Turing Test and Ex Machina and love and relationships in Her, are far from reality.

I did note, however, that the human faces created via generative adversarial networks were now indistinguishable from photographs. This proliferation of deepfakes is raising a host of social, ethical and legal issues, as well as political and social sentiment influence.

Lest we sink into a miasma of AI ennui, I then turned to the panelists, and asked each of them what the term AI meant to them and how it was being used in each of their companies, stimulating a lively discussion. Bassam discussed the value and importance of realistic chatbots for improving the quality of human services management, allowing computer systems to adapt to the questions asked by humans, rather than forcing humans through a fixed decision tree.

As an aside, he remarked on how far they have come from the early, simplistic days of Eliza. Seeing a few puzzled faces, I quickly polled the audience to see how many people remembered Eliza. When precisely zero people raised their hands, I realized Bassam and I, both with computer science doctorates, had unmistakably labeled ourselves as geeks.

Rather than press on deeper into the big muddy, I quickly pivoted to Glenn and Keelan, who highlighted the power of big data and deep learning systems to identify solutions and approaches that might not be obvious to humans, even domain experts. While discussing the AI advantages to businesses, we also touched on the importance of fairness and ethics in AI systems, and the risk that algorithms and learned behaviors might discriminate against certain individuals and certain groups.

Perhaps the liveliest panel discussion was around the utility, usability and cost of AI for small businesses.   All the panelists agreed that the AI water is great, and most small businesses could benefit from cloud-based AI services.

Near the end, audience questions turned to the future, with one questioner asking when AI systems would be more proficient than humans. I took the opportunity to mention AlphaZero and the fact that it was both a much more powerful Go player than any human but that it also played Go in strikingly different ways than the approaches used by even the best human players.

The last pensive question concerned our future in a world of powerful AI. I opined that the history of our society was replete with technology disruptions, each shaped by our sense of ethics, justice and law. Incumbent in that evolution is our need for informed debate and collaborative shaping of appropriate and acceptable uses.